Thailand is a Southeast Asian country. Known for tropical beaches, opulent royal palaces, ancient ruins and ornate temples displaying figures of Buddha. In Bangkok, the capital, an ultramodern cityscape rises next to quiet canal side communities and the iconic temples of Wat Arun, Wat Pho, and the Emerald Buddha Temple (Wat Phra Kaew). Nearby beach resorts include bustling Pattaya and fashionable Hua Hin.

Most first-timers see this city as one that is caught between the past and the present. Bangkok, Thailand’s capital, is a large city known for ornate shrines and vibrant street life. The boat-filled Chao Phraya River feeds its network of canals, flowing past the Rattanakosin royal district, home to opulent Grand Palace and its sacred Wat Phra Kaew Temple. Nearby is Wat Pho Temple with an enormous reclining Buddha and, on the opposite shore, Wat Arun Temple with its steep steps and Khmer-style spire.

The city’s renowned food scene spans traditional street-cart snacks – spicy, sour, sweet and salty – to upscale international restaurants. Bangkok is also known for its exuberant nightlife, with venues ranging from swanky rooftop lounges to basic backpacker bars and nightclubs of the notorious Patpong district (Bangkok’s red-light district). The world’s largest open-air market, a world-class aquarium housed in an eight-level shopping mall, a 150-foot golden Buddha statue and so much more. It is a city of vast surprises, so savor its delightful incongruity.

This is a little piece of paradise. Phuket is a rain forested, mountainous island in the Andaman Sea, has some of Thailand’s most popular beaches, with Pure white sands, aquamarine waters and limestone cliffs that are mainly situated along the western shore. The island is home to many high-end seaside resorts, spas, and restaurants. Phuket City, the capital, has old shophouses and busy markets. Patong, the main resort town, has many nightclubs, bars, and discos. Smaller Kata Beach, to the south, is also busy. Karon and Rawai beaches, near the island’s southern tip, and those along the island’s northwestern and eastern coasts, are more tranquil and less developed.

Phuket beckons to travelers wanting to experience its flavorful cuisine and its rich culture, heavily influenced by its reigning religion: Buddhism.

Chiang Mai is a welcome reprieve from the hustle and bustle of Bangkok. Chiang Mai is a city in mountainous northern Thailand. Founded in 1296, it was capital of the independent Lanna Kingdom until 1558. Its Old City area still retains vestiges of walls and moats from its history as a cultural and religious center. It is also home to hundreds of elaborate Buddhist temples, including 14th-century Wat Phra Singh and 15th-century Wat Chedi Luang, adorned with carved serpents.

Here you will be treated to beautiful, mountainous landscapes and an Old City full of history. Night markets are also a must-do here, so pencil in time for the Chiang Mai Night Bazaar or the Sunday Walking Street. 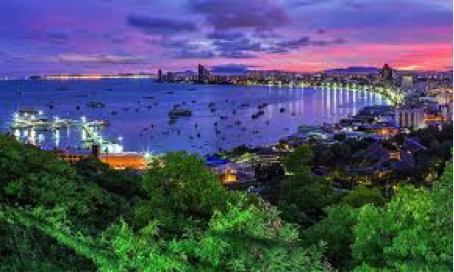 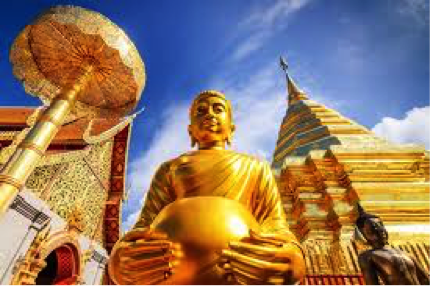 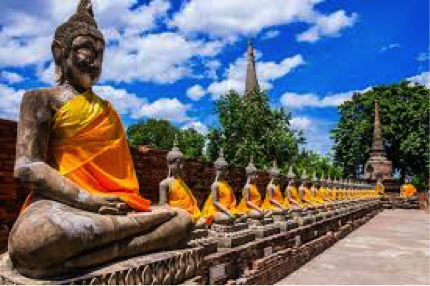 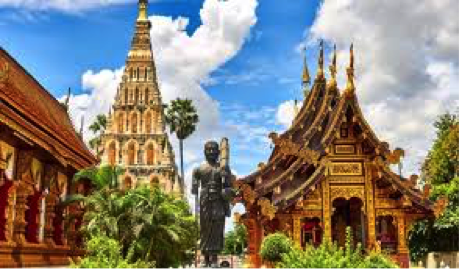 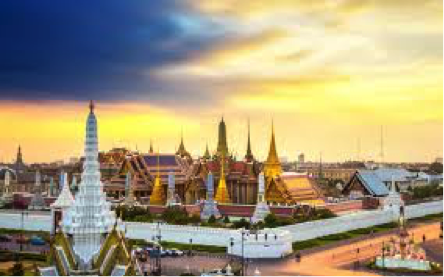 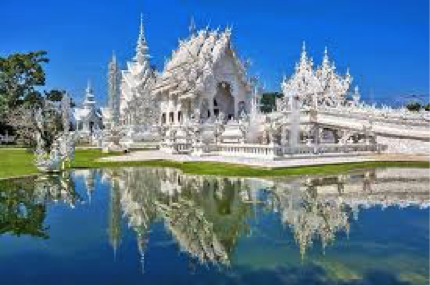 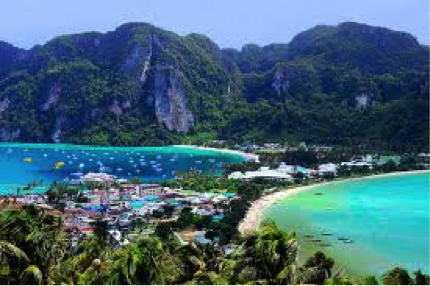 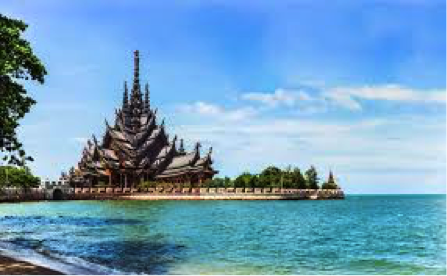 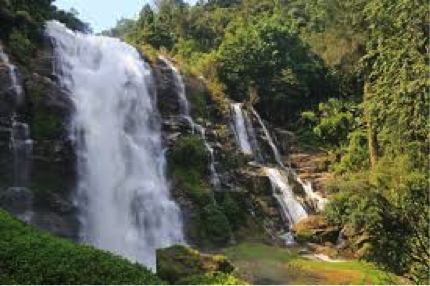 The Grand Palace is a complex of buildings at the heart of Bangkok, Thailand. The palace has been the official residence of the Kings of Siam (and later Thailand) since 1782. The king, his court and his royal government were based on the grounds of the palace until 1925.

The reclining Buddha is an iconographic representation of the Buddha lying down during the moment of his Mahaparinirvana. It is one of the popular iconographic patterns in Buddhism as they represent the historical Shakyamuni Buddha during his last moments of illness.

Wat Phra Kaew, commonly known in English as the Temple of the Emerald Buddha and officially as Wat Phra Si Rattana Satsadaram, is regarded as the most sacred Buddhist temple (wat) in Thailand. The Emerald Buddha housed in the temple is a potent religious-political symbol and the palladium (protective image) of Thailand.

Damnoen Saduak is the most popular floating market in Thailand, great for photo opportunities, food, and for giving you an insight into a bygone way of life. An early morning start is worth it to avoid the heat and catch Damnoen Saduak at its liveliest.

The buildings of Bang Pa-In Palace Maybe best known is the Aisawan Thiphya-Art Sala (Thai style pavilion) in a small lake, which is also called “The divine seat of personal freedom”. This structure was built in traditional Thai architecture during the reign of King Chulalongkorn (Rama V) and it contains a statue of the King.

The most famous and arguably most beautiful viewpoint in the whole of Phuket, Promthep Cape, is the best place to sit back with a loved one and watch the sun set into the see. A gorgeous cape with bay and sea views and a lot of greenery, it is romantic, beautiful, and every bit the sort of scenes you imagined.

Wat Arun (nicknamed the ‘Temple of Dawn’) is partly made up of colorfully decorated spires and stands majestically over the water. The temple derives its name from the Hindu god Aruna, often personified as the radiations of the rising sun.

Wat Phra That Doi Suthep is a Theravada Buddhist temple located high in the hills above Chiang Mai. This magnificent temple was commissioned by King Kuena, ruler of the region from 1367-1388. The temple is often referred to as “Doi Suthep” although this is actually the name of the mountain where it is located. It is a sacred site to many Thai people.

Wat Chedi Luang is a Buddhist temple in the historic center of Chiang Mai, Thailand. The current temple grounds were originally made up of three temples — Wat Chedi Luang, Wat Ho Tham and Wat Sukmin.

The biggest show on the island, Fantasea, is done is such a scale that it would not look out of place in Vegas. It is a huge, enchanting complex that is home to a theme park, places to eat, and several shows. Visitors are in for a spellbinding time as they learn about Thai culture and history through various performance mediums.

Established in the early 29th century, Wat Chalong houses a 60-meter-tall chedi that houses a splinter from the bones of the Buddha himself, making it a particularly revered attraction. The exterior of the temple is immaculate and beautiful, whilst inside the pagoda you can find paintings on the walls that depict the life of the Buddha, along with many golden statues all over the grounds.

One of Phuket’s many gorgeous beaches, Freedom Beach, is one of the most secluded and pristine on the island. It is a little more remote and more difficult to access than the others.

Whilst most may head to the sunny streets of Patong, for a more authentic experience of Phuket, it’s worth heading to the Old Town. You will find street after street of old, colorful colonial-style mansions and townhouses hosting cute, cozy stores and eateries

In Thailand, most of the population are practicing Buddhists, and there are countless temples and statues demonstrating their faith — though few are as impressive at Phuket’s Big Buddha. A 45-meter-tall white marble statue