French Polynesia, an overseas collectivity of France, comprises more than 100 islands in the South Pacific, stretching for more than 2,000km. Divided into the Austral, Gambier, Marquesas, Society and Tuamotu archipelagos, they’re known for their coral-fringed lagoons and over-the-water bungalow hotels. Island features include white- and black-sand beaches, mountains, rugged back-country and towering waterfalls.

The French Polynesia is divided into five groups of islands: the Society Islands archipelago, composed of the Windward Islands and the Leeward Islands; the Tuamotu Archipelago; the Gambier Islands; the Marquesas Islands; and the Austral Islands. Among its islands and atolls, 67 are inhabited. Tahiti, which is located within the Society Islands, is the most populous island, having close to 69% of the population of French Polynesia as of 2017.

Papeete, on Tahiti, is the capital of French Polynesia. Place Vai’ete fills with roulottes, or food carts, in the evenings. Nearby, the large Marché de Papeete market sells local produce, fish, and handicrafts. The Robert Wan Pearl Museum focuses on the local pearl industry and sells jewelry. A red spire tops the 19th-century Notre Dame Cathedral.

Along the city shore, Pā’ōfa’i Gardens has palms, flowering trees, and lawns. A huge banyan tree is the centerpiece of nearby Bougainville Park, with streams and lush vegetation. Southwest of Papeete, along the coast, the Museum of Tahiti and The Islands covers Polynesian heritage and culture, with exhibits of traditional artifacts. The Fautaua Valley Trail leads from Papeete through jungle to the breathtaking Fautaua Falls, aenirniys waterfall with natural rock pools. Farther inland, Mount Aorai is a green, sharp-ridged mountain and a popular hiking destination

Tahiti is the largest island in French Polynesia, which is located within the Society Islands, is the most populous island, having close to 69% of the population of French Polynesia as of 2017. Shaped like a figure 8, it is divided into Tahiti Nui (the larger, western section) and Tahiti Iti (the eastern peninsula). With black-sand beaches, lagoons, waterfalls and 2 extinct volcanoes.

The busy capital of Papeete is home to restaurants, bars, and hotels. Also in Papeete are Le Marché (a craft market) and Les Roulottes, international food carts on Vai’ete Square, Museum of Tahiti and Her Islands, which looks at French Polynesian culture, plus natural phenomena like the Arahoho Blowhole and its massive sprays. Hiking or guided 4-wheel-drives are ways to explore inland, while water sports include fishing, outrigger canoeing and snorkeling

Bora Bora is a small South Pacific island northwest of Tahiti in French Polynesia. Surrounded by sand-fringed motus (islets) and a turquoise lagoon protected by a coral reef. At the island’s center rises Mt. Otemanu, a 727m dormant volcano. The bustling town of Vaitape (site of the island’s airport) offers numerous restaurants and boutiques, but the tourist center is Matira, home to one of Bora Bora’s most popular beaches and a prime snorkeling area

It is also a popular luxury resort destination where some guest bungalows are perched over the water on stilts. Enjoy some of Bora Bora’s snorkeling spots include Coral Gardens, a reef teeming with sea life that is accessible by boat, and the Bora Bora Lagoonarium, a natural aquarium whose activities include swimming with sharks. Other water activities include fishing, paddle boarding and outrigger canoeing. Go Inland to explore on a guided 4×4 jeep expeditions.

Mo’orea is a South Pacific island, part of French Polynesia’s Society Islands archipelago. Known for its jagged volcanic mountains and sandy beaches. In the north, Mount Rotui overlooks picturesque Ōpūnohu Bay and the settlements around Cook’s Bay. Inland, hiking trails wind through rainforest on the slopes of Mount Tohivea. The Belvedere Lookout has panoramic views of the island’s peaks and Tahiti beyond.

Mo’orea is accessible by ferry or plane from nearby Tahiti. It is a popular honeymoon destination. The sandy beaches around the island’s perimeter face a lagoon protected by an offshore reef. The calm water favors diving, snorkeling, dolphin- or whale-watching trips and canoeing. Many local hotels have thatch-topped overwater bungalows. North-coast commercial hub Maharepa is home to shops selling jewelry made with local black pearls. On the west coast, the Tiki Village Cultural Center is modeled after a Polynesian settlement and stages traditional feasts and dance performances. 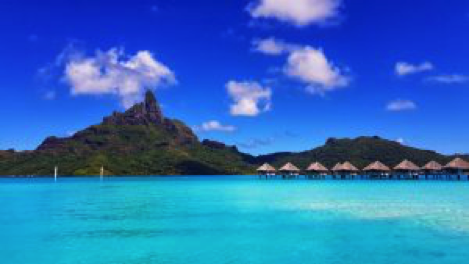 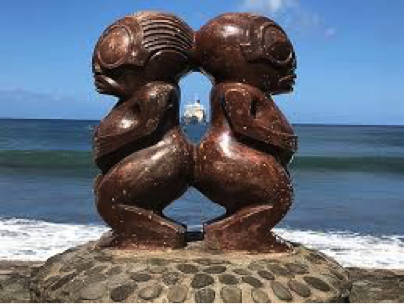 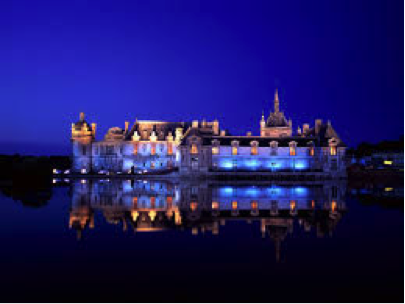 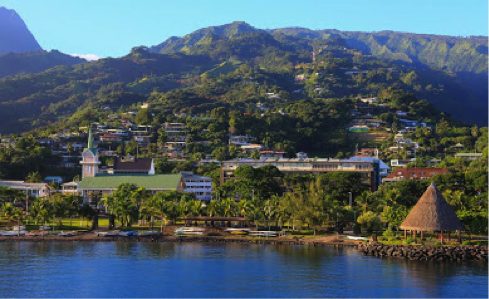 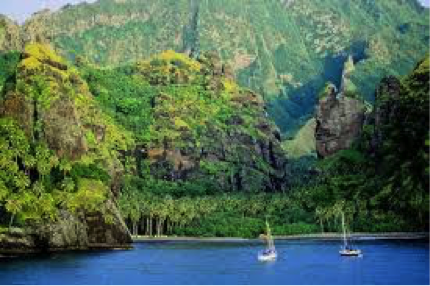 Magical Mountain is on the island of Moorea in French Polynesia. Though the mountains on Moorea are not extremely high, they are particularly rugged. Magical Mountain is one of the highest points on the island. It is located along the exterior part of the island, and it offers spectacular 360-degree views of the island and the surrounding clear blue waters of the lagoon and the ocean. On the way up the mountain, visitors will pass villages, scenic valleys, fruit trees, and pineapple plantations. Magical Mountain lets visitors experience the breathtaking scenery an ancient volcanic island.

On Bora Bora across from the main island, you will find the fascinating Coral Gardens. This coral reef is not far below the surface of the water, so it makes for easy and fun snorkeling. Some of the fish you could see include butterfly fish, parrot fish, puffer fish, Picasso trigger fish, snapper, tang, goat fish, grouper, trumpet fish, zebra unicorn fish, wrasse or Japanese moray eels. In some areas, you might even see sharks and stingrays.

The Arahoho Blowhole is created by an ancient lava tube—formed by liquid lava flowing under cold and hard lava—that opens out into the sea. When waves crash into the tunnel, filling it up with seawater, the air inside gets compressed, causing a powerful sea geyser

Some of the fish you could see include butterfly fish, parrot fish, puffer fish, Picasso trigger fish, snapper, tang, goat fish, grouper, trumpet fish, zebra unicorn fish, wrasse or Japanese moray eels. In some areas, it is possible to even see sharks and stingrays. he most popular time to visit is at sunset at around 5:30pm, where you can see the sky and landscape illuminated by a rainbow backdrop of reds, pinks, yellow, oranges and purples.

Matira Beach is the only public beach on Bora Bora. Although it’s not associated with any resort, it still boasts 2 kilometers (1.24 miles) of bright white sand, coconut groves and lapping waves. The beach opens onto a shallow, sandy bottomed lagoon with perfect snorkeling conditions. Swimmers can see colorful corals and the huge variety of tropical fish which give the area its nickname: “The Aquarium.”

Mount Otemanu is the highest point on Bora Bora. Together with Mount Pahia it forms the remnants of an extinct volcano that once existed in the center of the island. Today its craggy remnants tower over the island, reaching heights of 2,385 feet (727 meters). It is rugged, black face makes a stunning contrast with the jungles and the sparkling blue sea below.

The sights, sounds and smells of authentic Polynesian life are on offer at Papeete’s main market, also known as the Marche de Papeete. This is the commercial and social hub of Tahiti’s laid-back capital and the oldest surviving institution on the island, now housed in a large, open-sided modern building.

Vendors come from all over the island to sell traditional handicrafts, particularly baskets, hats, and other woven goods, as well as brilliantly colored sarongs and other garments.

One of Papeete’s few museums, the Musée de la Perle (or Black Pearl Museum) celebrates all aspects of pearl culture. In the days before large-scale cultivation, these ocean jewels were charged with mystical significance, associated with religious rites, and coveted as status symbols.

There are numerous waterfalls all over Tahiti, but the most popular and accessible are the three waterfalls at Faarumai, known as the Cascades of Faarumai.