Official Language: A multitude of languages are used in Canada. … Under the Official Languages Act of 1969, both English and French have official federal status throughout Canada, in respect of all government services, including the courts, and all federal legislation is enacted bilingually.

It is not hard to understand why Niagara Falls is considered a top natural wonder of the world. The moment you see the mammoth Niagara River rumbling toward a 188-footyou’ll be amazed. The speed at which the river falls creates a misty fog and an unmistakable roar heard from miles away. From the top, crowds gather at the railings to feel the mist on their faces. As you follow the water’s path downward, boats, platforms and observation decks support colorful poncho-clad visitors.

Strolling through the ice wine vineyards of the nearby Inniskillin Winery is truly romantic, as is enjoying the lush landscape at the Niagara Parks Botanical Gardens.

If you want to experience the lifestyle of a Swiss skiing village, consider Banff. It is located in the heart of the Canadian Rockies near the southeastern border of Banff National Park – Canada’s first national park. Banff caters to intrepid explorers who prefer to end the day in a nice hotel rather than roughing it at the campgrounds. Adventure awaits, so pick your sport: Ski down Mount Norquay, hike to the massive, free-standing limestone pillars known as the Hoodoos, “scramble” to Stoney Squaw Mountain or bike along Healy Creek.

Vancouver is a young city, but what it lacks in history it compensates for in scenery. Surrounded by mountains and beaches, Vancouver is both an urban and a natural playground. Its chic atmosphere and high-fashion boutiques earned it the nickname “Hollywood North.” Sitting nearly 1,300 miles north of its nickname namesake, Vancouver is breathtaking.

Hiking, mountain biking, kayaking, whitewater rafting and skiing will entice your adventurous side. During the cold weather, you can enjoy one of the top-notch museums or swing by one of the family-friendly attractions, like Granville Island or the Capilano Suspension Bridge. When you add excellent shopping, dining, and nightlife scenes to the mix, you will understand why Vancouver is a go-to getaway for the multifaceted traveler.

Although it’s only a 90-minute ferry ride from Vancouver, British Columbia’s capital city seems to be a world away. Resting on the southern tip of Vancouver Island, this relatively small city remains deeply rooted in its Colonial past. Delight in British traditions like afternoon tea or a pint at a pub. Explore museums that celebrate its ancient heritage, alluring architecture, and beautiful harbor views. You can often see the surfacing of a whale.

Vancouver Island is also known for its expansive beaches and lush wineries. From downtown Victoria, drive to Sooke – a vibrant boating and fishing town – or make your way out to the Cowichan Valley, where you’ll find rows of vines laden with grapes.

Toronto is as cosmopolitan as they come. Downtown is dotted with skyscrapers and bustling with people. Toronto is considered one of the most culturally diverse cities in the world. Toronto houses 200 ethnic groups that speak upward of 140 different languages, making this Ontario destination a world all its own. Greektown, Little Italy, Koreatown and Chinatown are all within the city limits, leaving travelers to feel like they are in more than one country.

The city is also home to one of the tallest freestanding towers in the world, the CN Tower, and the world’s largest underground shopping mall, PATH. Experience it sipping a cocktail in a corner restaurant, browsing multicultural shops in unconventional neighborhood blocks, and hopping on and off the subway for a night on the town.

Whistler offers something for everyone any season. From snow-capped peaks and powdered steeps, radiant lakes, waterfalls, hiking trails and restaurants. Yet, its most popular attraction remains Whistler Blackcomb. The massive resort covers more than 8,100 acres of land and boasts some of the most active après-ski spots in North America. The entire town, which is about 75 miles north of Vancouver, encompasses a ski-chic atmosphere, hosting ski and snowboard competitions and festivals annually. During warmer months visitors can try bobsledding, hiking, or biking up the mountains. Laidback travelers can enjoy the area’s museums and art galleries. The town boasts family-friendly activities and attractions including; ice skating, summer concerts and the Whistler Sliding Centre, along with plenty of shopping options and a deluge of dining venues.

Home to rolling green hills, red sandstone cliffs and a delightful bounty of seafood, Prince Edward Island is the place to travel for a relaxing respite from Canada’s more adventure-driven destinations. When you are not enjoying the beach, enjoy one of the island’s golf courses.

The sight of winding cobblestone streets and towering cathedrals; the sound of French pleasantries, the smell of fresh-baked bread, pungent cheese, creamy cafe lattes and buttery croissants all your senses will think you are in France. But they are wrong, you are in Québec.

Québec City – the capital of the Canadian province, Québec celebrated its 400th birthday in 2008. As the birthplace of New France, Québec City continues to promote the culture of its motherland. Passing through the fortified walls of Old Québec, you’ll discover a world straight out of a European painting: 17th- and 18th-century buildings houses bistros and boutiques, while cobbled squares are drowned by a sea of cafe tables. 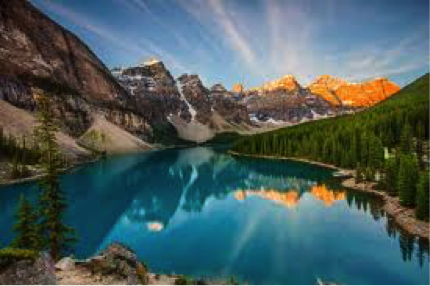 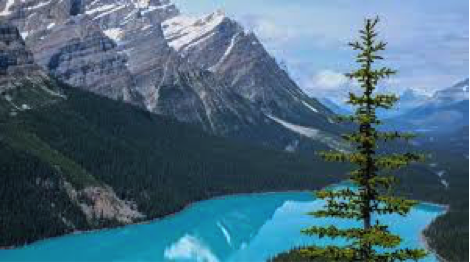 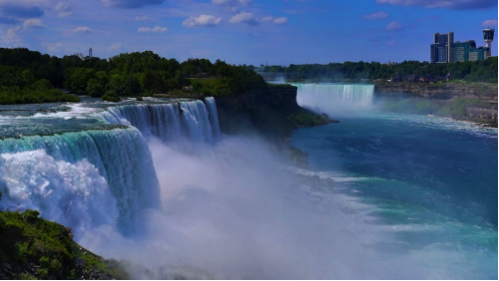 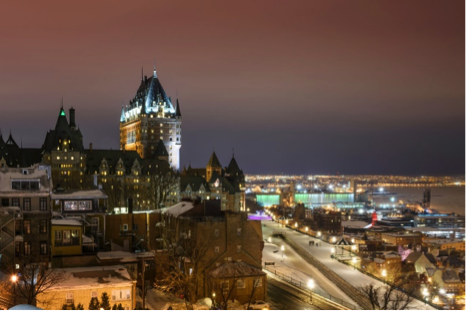 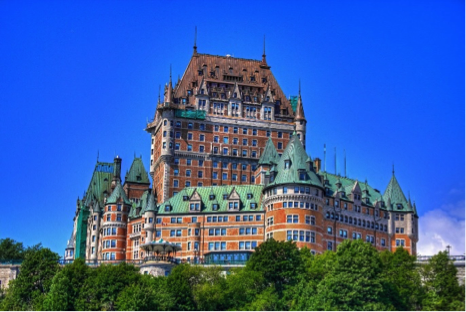 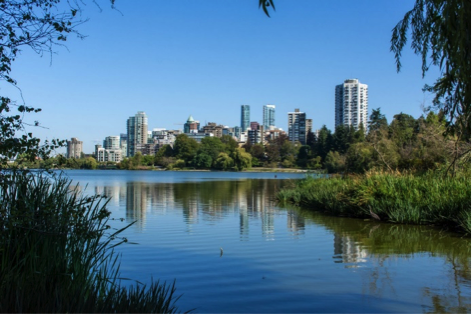 One of Canada’s wildest places, Jasper National Park provides kaleidoscopic panoramas at every turn. Located on the eastern edge of Alberta, the park provides adventurers in the Northern Hemisphere. Jasper boasts the distinction of being the largest park in the Canadian Rockies and was designated part of a UNESCO World Heritage Site, along with Banff.

With more than 2.7 million acres of land to explore, you are sure to spot animals ranging from caribou to wolverine to moose. The park offers all the natural wonders you would expect, including mountains and rivers and even glaciers. Winter in Jasper means you can enjoy activities like skiing or snowshoeing through the backcountry.

Chinatown has its origins as early as 1860 when Chinese immigrants came to Montreal in search of work and prosperity. Today Chinatown is a vibrant community and the original settlement has transformed from residential to commercial.

La Ronde is an amusement park in Montreal, owned and operated by Six Flags. It is the largest in the province of Quebec and the second largest in Canada after Canada’s Wonderland.

The Casino de Montréal is a casino located on the Île Notre-Dame in Montreal. It is the largest casino in Canada. There are over 3200 slot machines and over 120 gaming tables in the casino.

The Montreal Museum of Fine Arts was one of the first museums in North America to amass an encyclopedic collection worthy of the name.

Filling 1,000 acres in the heart of the city, Stanley Park is filled with plenty of activities and attractions for guests of all interests. The Seawall -at 5.5 miles (8.8km), the seawall is one of the most popular spots for walking, jogging & biking

Robson is Vancouver’s most famous shopping street set in the heart of downtown Vancouver. In the three block stretch between Burrard and Jervis you will find a commercial mecca which includes premier fashions stores, fine dining, and services.

The Royal Ontario Museum (ROM; French: Musée royal de l’Ontario) is a museum of art, world culture and natural history in Toronto, Ontario, Canada. It is one of the largest museums in North America and the largest in Canada.

The Toronto Islands – also called the Island, or Toronto Island Park – is located in Lake Ontario, a 13-minute ferry ride from downtown Toronto. Boats to the Island leave from the Jack Layton Ferry Terminal at the foot of Bay St. and Queen’s Quay. The Island is actually a group of 15 islands inter-connected by pathways and bridges. You can walk from one end of the Island to the other.

Casa Loma is a Gothic Revival style mansion and garden in midtown Toronto, Ontario, Canada, that is now a historic house museum and landmark. It was constructed from 1911 to 1914 as a residence for financier Sir Henry Pellatt. The architect was E. J. Lennox, who designed several other city landmarks.

The Maid of the Mist

The Maid of the Mist is a boat tour of Niagara Falls, starting and ending on the American side, crossing briefly into Ontario during a portion of the trip. The actual boats used are also named Maid of the Mist, followed by a different Roman numeral in each case.